History of Vale do Lobo

A luxury resort on the Portuguese Algarve, Vale do Lobo is a development known for its top class facilities and sumptuous surroundings.

Its location more or less guarantees blue skies in the summer and a year round temperate climate, perfect for the gold and watersports many flock to the resort to enjoy.

But the area hasn't always been home to the swish tennis courts or the carefully manicured greens that you can find today. The resort is a relatively new development, brought to life with investment, imagination and belief.

We take a closer look at the history of Vale do Lobo.

Sunset over the Vale do lobo golf course 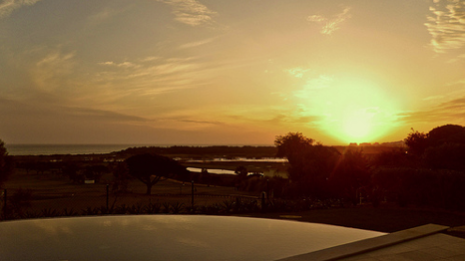 It may seem hard to believe but in the dim and distant past, the area now known as Vale do Lobo was a relatively worthless plot of land, consigned to the scrapheap or passed on to less important heirs.

Vale do Lobo lies in an area which was previously made from pinewoods, a large and deserted piece of land with worthless sandy soil. This composition meant that the earth was no good for agricultural uses, and in turn, unsuitable to sustain animals on either.

The more fertile land was to be found further away from the shore, moving inland from the scrubby sand dunes and their infertile soil.

For this reason, upon the death of a landowner, women were unlikely to receive a plot land on an inland area, instead being bequeathed a worthless coastal region.

Dating even further back, these coastal patches were prime targets for smugglers too, looking for places to land with their whisky and tobacco. The additional protection of the pine forests made this even more attractive because of the shelter they offered in these remote spots.

However, it wasn't long before all this changed. These worthless plots of coastal land soon became hot property as tourism arrived in the Algarve and developers realised the potential of the golden sandy beaches and gentle clear waters.

It was primarily the arrival of the English to Portugal and their discovery of the area known as the Algarve which prompted the surge of tourism which decades later was to become the primary industry in the area.

The first companies to really recognise this were Trusthouse Forte and Costain.

Sir Richard Costain founded the resort in 1962 and at the time it was the very first one along the Algarve. Up until this point, the remote sand dunes and beaches were inhabited primarily by fishermen and farmers (who would have held plots of land further inwards).

The evolution of the area was aided hugely by the opening of Faro Airport in 1965, just 30 km away, making the development very easy to reach for international visitors.

Around the same time, the golf course started being planned and built, under the supervision of Sir Henry Cotton.

By 1968 the bedrock of the entire resort was to appear: Dona Filipa Hotel. This was the first luxury hotel upon that strip of coastline and was named in honour of Queen Philippa, a noblewoman of English birth who married King João of Portugal in 1386. Their union is widely considered as one of the most important in cementing the English and Portuguese relationship, and she is still regarded fondly, nicknamed the "Mother of the Illustrious Generation".

So it was upon this luxury hotel, and Sir Henry Cotton's Ocean golf course that the resort of Vale do Lobo was first launched. With its 2km of unspoiled coastline, Vale do Lobo had all the ingredients to become a very successful resort.

Based on this foundation, more work and development was planned to take the resort to the next level.

In 1971, the very first complex of houses, known as an aldeamento in Portugal, was completed. This coincided with the finish of a third 9 hole golf course.

However, it was in 1977 that Vale do Lobo really started to evolve.

A Dutchman visiting the area, Sander van Gelder, recognised the dormant potential and purchased the Vale do Lobo development. The entrepreneur wasted no time in getting to work.

The resort was expanded into an area almost covering 400 hectares, opening a tennis centre in the process in 1980, the Roger Taylor Tennis Centre.

By 1997 an additional nine holes had been added and the completion of the Ocean and Royal Golf Courses were complete. Two years later, by 1999, a £1.5 million renovation project began on the front nine holes at Ocean Course.

By this time, Vale do Lobo was no just the biggest luxury complex owned by just one company on the Algarve, but also the whole of Portugal.

In 2006, Vale do Lobo entered a new era when it was sold to a group of investors, amongst who was the largest bank in Portugal Caixa Geral de Depósitos. Diogo Gaspar Ferreira, a highly successful Portuguese businessman was installed as the chief executive.

In 2007 the whole resort was given a facelift, with a significant injection of capital for improvements, expansion and development. €500 million was set aside for three important projects alone: Vale de Santo António, Oceano Clube (Vale do Lobo II) and Vale Real (Vale do Lobo III).

Golf in Vale do Lobo is set amongst some picturesque landscapes 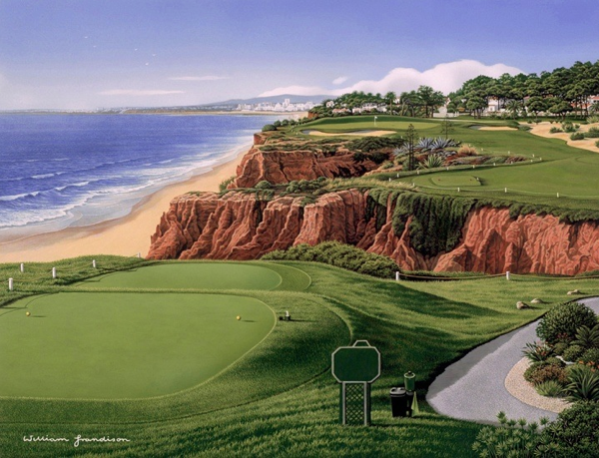 In 2008, the whole resort was rebranded under the Vale do Lobo Resorts umbrella, with a new entrance and logo created for guests to identify with as soon as they arrived.

Today more than 200 staff work at Vale do Lobo, with around three quarters of a million visitors coming to the resort every year. The tennis centre is one of the largest facilities in the whole of Portugal and there are two 18 hole golf courses.

There's permission for the resort to develop further, with more villas and another luxury hotel in the pipeline. However, even without these new additions, Vale do Lobo already claims the title of being the largest luxury development in the country.

The whole of the Algarve is known for providing high class holidays but the original resort Vale do Lobo takes it one step further. For a holiday you'll never forget, and a resort you'll fall in love with come and visit Vale do Lobo today.