Boasting some of the finest golfing facilities in the world and lying on the Algarve's famous Golden Triangle, it's hard to believe that this resort has been open less than 40 years.

Attracting professional and amateur golfers from all corners of the globe, the greens and available amenities at Quinta do Lago are truly first class.

The quality of the resort is borne out by the fact that the Portuguese Open has been held at Quinta do Lago no less than eight times since 1976, a testament to the talented golfing architect who created the course, William F. Mitchell.

Lying in the south of Portugal, the Algarve is the perfect place for a golfing resort: a comfortable climate, no industry and an absence of pollution create a natural and harmonious setting for players and their companions.

However, back in 1971, Quinta do Lago did not exist in the form that it is today, instead being known as Quinta dos Ramalhos, it contained just a derelict farmhouse and a stone pine forest. But it did look out across the stunning Ria Formosa lagoon and was adjacent to Vale do Lobo, which at the time was an up and coming golf resort, not the top class facility that it is today. 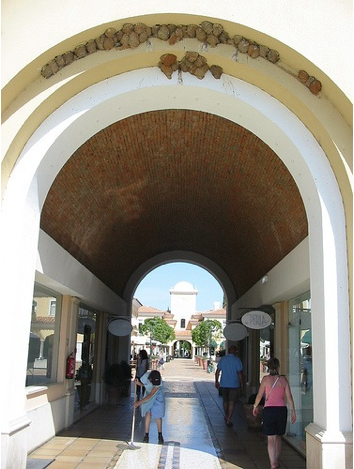 Quinta Do Lago has great history.

Brazilian property developer Andre Jordan spotted the potential of the land, and in 1971 via his property company, Planal, acquired it from the Pinto de Magalhães family who had owned the beach-fronted estate for more than 300 years.

From the very beginning, Jordan knew he wanted to create an elite golfing resort and moved quickly to realise his dream. Within just three years of purchasing the land, the area was unrecognisable. A bridge had been built to the beach, a lake was created and the 27 hole course designed by William F. Mitchell had been put in place.

During 1972 the abandoned farmhouse was sympathetically renovated in painstaking detail to become a restaurant, Casa Velha. This restaurant was quickly to become one of the trendiest places to be seen, with both celebrities and affluent golf-lovers hanging out at the venue.

The rapid progress of the earlier years came grinding to a halt in 1974 when the political instability in Portugal threatened the future of the resort.

As a military coup, the Carnation Revolution (as it came to be known) caused both social and political unrest in the country, leaving Jordan feeling as if he could no longer remain in Portugal and opting to return home to Brazil.

Jordan was not to return to Quinta do Lago until 1981.

In Jordan's absence, the opening of the resort was presided over by the commander of the revolution, Otelo Saraiva de Carvalho, in November 1974. This ceremony was carried out with the accompaniment of a troop of uniformed armed officers who mingled with the rich and wealthy guests during the occasion. Some of the officers had never picked up a golf club before so were provided with the opportunity to try it out for the first time at the pristine driving range at the resort!

If you like history Quinta Do Lago is a great place to visit.

Although during this time Jordan was absent, the resort continued to fare extremely well, despite the troubles of the country. So much so in fact that Quinta do Lago came to the rescue of the Portuguese Open in 1976, managing to host the event without a clubhouse, proper facilities or even prize money! Without the assistance of Quinta do Lago, the Portuguese Open could have been in real trouble and the resort is credited with saving the future of the prestigious tournament.

By 1981 the political climate in Portugal was much calmer and Jordan felt happy to return to the country and to the beloved resort which had been thriving in his absence.

For the next six years Jordan threw his heart and soul into developing the resort further, creating the Four Seasons Country Club as well as the Four Seasons Fairways, the ultimate in exquisite luxury villa accommodation. It was at this time that the internationally acclaimed restaurant GiGi's opened, a simple, rustic seafood eaterie that quickly became one of the most sought-after restaurants in the area.

The quality of Quinta do Lago, and the previous experience of holding the event at the resort, did not go unnoticed by those in charge of the Portuguese Open. The tournament was held again at the club, staying there for three consecutive years between 1984 and 1986.

In 1987 Jordan decided to step aside and sold Planal to a consortium of buyers, led by a former Chase Manhattan Bank banker, Roger Abraham and David Thompson, an entrepreneur from the world of cuisine. Abraham only lasted two years before pulling out of the enterprise leaving Thompson to run the resort single handedly.

The move was successful and once again the Portuguese Open returned to the resort, with top players competing for the tournament between 1988 and 1990. The Open was held there subsequently one more time in 2001.  The last change of hands for the resort came in 1998 when Thompson sold up, passing ownership to an avid sports fan and billionaire, Denis O'Brien.

The passion and enthusiasm that O'Brien has for the resort is undeniable; under his skilled hands Quinta do Lago has continued to flourish and blossom, with a new and improved clubhouse and countless new developments.  These changes have resulted in a stream of both Portuguese and foreign investment, leaving Quinta do Lago as one of the most in-demand golf resorts in the world, offering top quality golfing, accommodation and facilities.

In its long and illustrious history, Quinta do Lago has enjoyed more than its fair share of professional and famous golfers, not just as fully-fledged golding A-listers but as youngsters too. 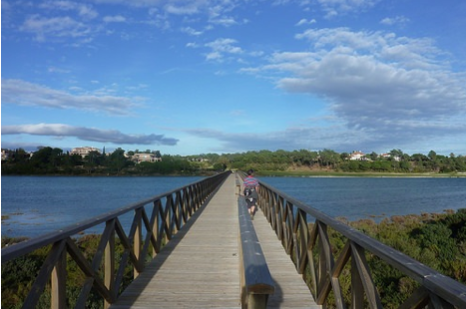 Quinta Do Lago has famous patrons.

Some of the golfers who have taken part in professional tournaments at the resort include the late and great Seve Ballesteros, Sandy Lyle, Ian Woosnam, Retief Goosen, Vijay Singh, Sam Torrance, Bernard Langer and Colin Montgomerie.

Many of these golfers travelled to the Algarve for the sole reason of playing in a tournament being held at Quinta do Lago.

But there has also been a stream of golfing talent at the resort who have gone on to carve out a great career in the sport. Among those who played at Quinta do Lago as young golfers include Padraig Harrington, Paul McGinley, Paul Lawrie, Justin Rose, Ian Poulter and Trevor Immelman.